To office or not to office? That is the question. 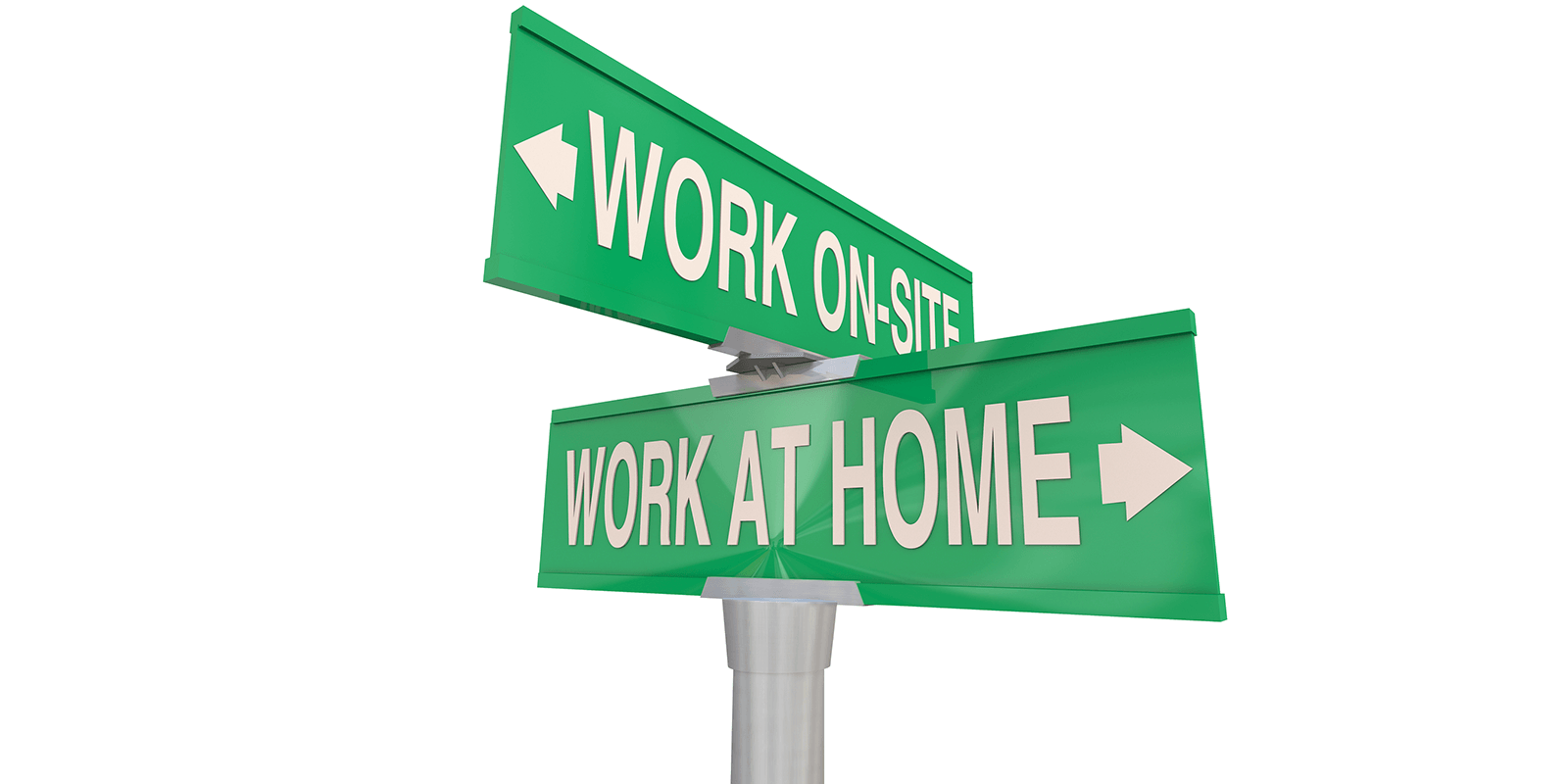 2020 has witnessed the world’s largest work-from-home (WFH) experiment in history. And now, as countries reopen but Covid-19 remains a threat, organisations are struggling with whether and how to have workers return to their offices. But as with any experiment there is also opportunity – a chance to develop new and better ways of working in future. An occasion to assess what impact WFH has had on aspects of work such as productivity, problem solving and innovation, and decide which activities work best from home and which in the office.

Covid-19 has already challenged our long held assumptions about office work and we need to remember that the office, a place where white collar workers have traditionally been herded together, is a human invention, so it can be reinvented. Furthermore, and with all due respect to the government and its efforts to recharge the economy, this analysis has to be about more than workers returning to city centre offices in order to support (ironically) the small businesses (coffee and sandwich shops for example) that once supported them. That smacks of the tail wagging the dog. And the reality, revealed by recent surveys, is that going forward between 75-90% of workers would like to work from home in some form.

According to Jennifer Magnolfi Astill, a leading researcher on the evolution of workspaces, an emerging trend that the pandemic has accelerated is “the natural evolution of the office away from a productivity space to a learning space and a space to solve complex problems.” She suggests that we think of workspace as a bundle, like a cable or satellite TV package, where we buy a bundle of applications but only use some of them. So the workspace bundle might include places for individual focus work, meetings, working lunches, team collaboration, innovation and creativity, operations support and so on. And the pandemic has been an opportunity for organisations to sit back and look critically at their workspace bundle and ask why they are paying for applications (space) they never or rarely use.

For example, as long as people are technically and ergonomically set up, individual focus work may be better performed at home. At the same time, however, companies may still need offices for functions that require physical interaction, such as complex problem-solving and innovation. So let’s take a look at these aspects in turn: productivity, problem solving and creativity.

Plenty of research demonstrates that WFH benefits the productivity of knowledge workers (we knew that even before the pandemic), but this wholesale shift is forcing us to recognise that this is not the case for everyone. Some parents for example, particularly mothers in dual-career households, and those without a dedicated work space who have been making do with the kitchen table. The emerging data also suggests that people are working more hours a day, blurring the boundary between work time and personal time, a predictable outcome in an emergency but unsustainable in the long run, given justifiable concerns about stress, work-life balance and burnout. And let’s not forget that the current reported growth in productivity may also be influenced by people’s fear of losing their job in an economic downturn.

That said, it appears that WFH improves productivity and businesses might therefore increase productivity by making less focus work happen in an office, where workers are more likely to be distracted and unable to concentrate. In addition, large companies that occupy millions of square feet of space will no doubt wish to optimise their workspace bundle and reduce overheads where possible. But beyond cost considerations, many workers have enjoyed their new found flexibility and autonomy in how they manage their work. And happy workers tend not only to be more productive but also healthier.

A premium is increasingly being placed on organisations and individuals’ ability to cope with, indeed thrive in, volatility, uncertainty, complexity and ambiguity (VUCA) and, according to Astill, the consensus is that organisations will need space for teams and leaders to physically get together and make sense of this complexity and decide upon courses of action. She suggests that we think of war rooms in defence work or mission control rooms at NASA.

My own experience supports this. Anecdotal evidence from a senior team I have worked with suggests that remote working using Microsoft Teams copes well with problems that are known, where solutions can be quickly run down and then pursued by smaller project teams. But the remote world does not cope well with more complex problems, which require people to physically sit down with each other and thrash out options and ideas. This is not to say that it can’t be done. It may be that we have yet to develop such remote ways of working, but personally I doubt whether remote working using current technologies will allow the sort of collective intelligence that emerges in physical spaces.

People are also realizing the value of the office workspace in terms of innovation and informal networks, and that’s what many people have started to miss. It is harder to quantify than productivity, but the pandemic has made the absence of serendipitous socialisation clear to most workers. Whether it’s those casual conversations in the corridor, encounters over coffee, or drinks after work, these have real value to a company and impact its ability to innovate and solve problems.

This is one of the key reasons for not abandoning the office entirely. Physical office spaces cause people who don’t normally work with each other to connect accidentally, bumping into each other in the hallway or the cafeteria, and that interaction can spark new ideas. Steve Jobs thought such opportunities were so important that he specifically designed the building for Pixar Animation Studios, in Emeryville, California, to maximize such interactions. Socialising and small talk among workers has also been shown to increase levels of trust, which in turn have a positive impact on productivity, problem solving, innovation and collaboration.

My own work on social networks suggests that a key problem is the reduction in what are called ‘weak ties’, the shallow or peripheral relationships among members of an organisation who don’t work closely with each other but have nonetheless connected over time. Weak ties are important because they provide novel information and complementary expertise from outside the bubble of your own team or department, which have been shown to play an important role in organisational performance, including innovation, productivity and service quality. But they are difficult to create virtually. People are still getting the work done, but the serendipitous benefits that spring from these ‘weak’ relationships are probably at risk.

At this point, emerging research and anecdotal evidence suggests that productivity for most knowledge workers is enhanced by WFH, but complex problem solving and innovation are better suited to interaction in a physical office space, with the exact mix depending on company culture and the specific needs of each organisation. Some companies have already opted for an entirely remote workforce, but most are likely to opt for, or be forced to adopt, a hybrid approach combining office and remote workers. In this case, identifying the correct bundle of activities in the best locations will be critical.