Acting Your Way into a New Way of Thinking 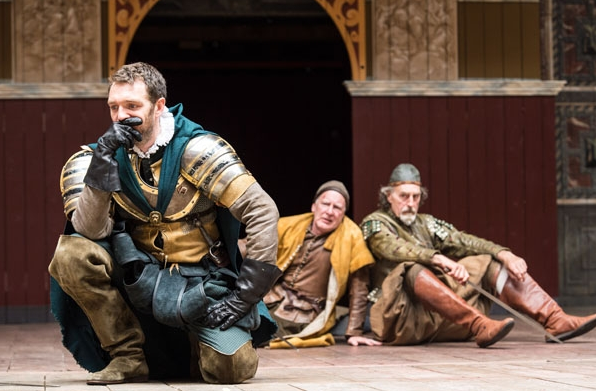 Are you struggling to change an individual, your team or your organisation to adopt a new way of doing things? The problem may be that you are trying to change their attitude, rather than focusing on their behaviour.

Some years ago I spent time in Afghanistan, working to influence the Afghan population to support the International Security Assistance Force (ISAF). We did this through a wide variety of communication means, from face-to-face engagement to billboards and the radio, and at local, regional and national levels. A particular issue was how to stop young boys in one locality from throwing stones at soldiers on patrol. This may seem rather trivial, but the danger is that it is difficult tell if the missile is just a stone or something more deadly, and soldiers then have to make split second decisions about whether to fire or not, with potentially traumatic consequences. Our first reaction was that we had to change the children’s attitude toward ISAF, so they would stop throwing stones. The solution, however, was far simpler and focused instead on their behaviour and what actually motivated it.

Our change of approach rested on a growing realisation that ultimately, successful change manifests itself in behavioural terms. How could we possibly know if change had been successful unless we were observing specific behaviours or the absence them. Furthermore, taking a behavioural approach to change led the way to identifying which behaviours were most indicative of support for ISAF and what we could do to encourage them.

An additional problem with focusing on attitudes is that there is a great deal of dispute among psychologists as to what ‘attitudes’ are. They are not values or beliefs, and not really opinions, although they often used interchangeably with attitudes. In practical terms, this means that attitudes are very difficult, if not impossible, to measure accurately, as they are influenced by so many compounding variables. However, the single biggest problem with the attitudinal approach is that it erroneously presumes that by changing attitudes, behaviours will follow. The unequivocal consensus of social science research over the last 70 years is that attitudes are very poor predictors of behaviour.

Take for example car seat belts. For many years the Government tried to persuade people of the benefits of wearing seatbelts in cars. They largely failed, despite all the evidence to support the behaviour, and it took enforcement to make the wearing of seatbelts an accepted and unconscious activity. Smoking is the same. For decades the Government tried to persuade the British public that they should not smoke. They did so by using grisly pictures of diseased lungs and warnings that smoking would curtail your life. Yet people continued to smoke and in some groups, notably young teenage women, it became more not less acceptable. However, one of the largest ever drops in smoking came about when the Government legislated against it, banning smoking in public places.

This further suggests that while attitude is a poor precursor to behaviour, behaviour is a very strong precursor to attitude. In other words, if you change behaviour, there is a good chance that with time their attitude will follow suit. So, where do you start?

Second, identify the individual/group whose behaviour you want to change and determine why their current behaviours exist and where their reluctance to change might stem from? Is it personal attitude, their perception of the value of the new behaviour, i.e. will it work? Do they fear losing something as a result of the change: expertise, an established team or social group, or perhaps status? Or does it stem from social norms, their perception of what others are doing i.e. are other people doing it? Or is it an issue of self-efficacy, do they think they can do the new behaviour and is it worth it?

Finally, consider how can these behaviours be changed and what actions will best achieve that effect? The key here is ‘show don’t tell’. Just as you can’t argue someone out of a deeply held belief, you can’t force people to change the way they think and feel. Experiencing the behaviour being effective in action is a far better teacher than logical argument. Take for example the tube strikes of February 2014, which caused 75% of commuters to change their routes, but once the strike stopped 5% continued to use the new routes (a change in behaviour that was tracked through oyster card use). It seems that prior to the strike some Londoners had unwittingly taken suboptimal routes to work and continued to use them through habit. Using the new routes convinced them to change their habits.

In an organisational context, try reinforcing the new behaviours formally and informally:
• Set up practices and processes that make it easy for people to do the right thing.
• Model the new behaviour yourself, on the basis that the best that you can expect is the least that you exhibit.
• Seek out cultural carriers and other role models (often known as change agents in the terminology).
• Develop metrics and incentives that lead people to practice the new behaviours and then reward them.
• Catch them doing the right thing and praise them.
• Measure the behaviour change and the positive results it produces.
• Ask for feedback and don’t be afraid to test and adjust the behaviours if they will still meet your end-state. People appreciate being consulted and at the very least listened to.

So what happened in Afghanistan? Well it turned out that throwing stones at soldiers had nothing to do with hating ISAF or radicalisation. They were kids and they were bored. Throwing stones at soldiers was an amusing pastime. The solution was to give them something else to do, so they were given footballs. No more stone throwing and sometimes the soldiers were able to have a kick about with them, which may even have done something for their attitude toward foreign soldiers.