Kipling, Hotdogs and the Mother of All Cock Ups 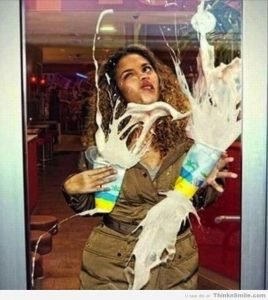 It has been said that assumption is the mother of all cock ups. Well it may not be the mother, but it is certainly a close family member – like when you walk into a glass door that you assumed wasn’t there. The problem is that our brains are very adept at pattern-recognising and pattern-making. Creating mental models or heuristics (short cuts and rules of thumb) that generally allow us to function effectively despite the huge amount of sensory input with which our brains have to cope.

Short cuts enable us to rapidly sift and sort sensory information into useless or useful knowledge, according to whether it confirms or contradicts the patterns already embedded in our minds. The danger is that we can unconsciously misread the signals and lock onto patterns that aren’t actually there. In other words, much of our day to day functioning is based upon assumption not observation. Walking into glass doors can be painful and messy, so can poor decision making.

As US General Stanley McChrystal observed, when he summarized the difficult process of overcoming assumptions in the US military in the years following the 2003 invasion of Iraq:

“When we first started, the question was, ‘Where is the enemy?’ That was the intelligence question. As we got smarter, we started to ask, ‘Who is the enemy?’ And we thought we were pretty clever. And then we realized that wasn’t the right question, and we asked, ‘What’s the enemy doing or trying to do?’ And it wasn’t until we got further along that we said, ‘Why are they the enemy?”

Uncovering assumptions can lead to better decision making, but it can also lead to game changing innovation. Let’s take hot dogs as an example.

Every 4th of July about 40,000 people gather in Coney Island in the United States, and more than one million tune in on ESPN, the sports cable channel, to watch men and women defy human digestive limits in a hot dog eating competition. Prior to 2001 the record was 25 hot dogs and buns in 10 minutes, but in that year Takeru Kobayashi, a young man from Japan, smashed the record consuming a staggering 53 hot dogs and buns within the set time.

What enabled a young man, weighing just 112lb, to consume nearly 8lb of bread and sausage, more than twice the amount of anyone before him?

Mr Kobayashi’s winning insight was not to assume that he must eat the hot dog and bun as you or I would, but to break the hot dogs in two and stuff them in his mouth with one hand, while dunking the bun in water with his other hand to make it easier to swallow. Neither of which is forbidden in the rules and water is provided. His breakthrough was to surface the mental shortcuts of the other competitors and do something different.

So was this just a ‘eureka moment’, a flash of insight after struggling relentlessly with the problem, or is there a technique to avoid jumping to conclusions? Well I don’t know about Mr Kobayashi, but the following method works pretty well.

First, count to ten and step back from the problem. Just like the amygdala hijack (see my previous article), most problems benefit from putting a bit of space between you and it. Essentially, we are trying to avoid the automatic leap of faith (assumption) from known recognised problem to known solution. Or the reverse. If I have a hammer everything looks like a nail!

Second, avoid self-limiting assumptions by getting a second opinion. But there is a caveat here. Paired or group solutions can be equally incomplete unless a diversity of knowledge and experience is represented. Homogenous groups tend to exist in echo chambers, congratulating themselves on all thinking the same and producing ideas that are nothing more than updated versions of existing thinking, which still leave their shared assumptions unquestioned.

Finally, try surfacing your own assumptions. Follow the advice of Rudyard Kipling (did you assume I was talking about Mr Kipling and his cakes?). Kipling famously kept six honest serving-men and used them to interrogate his problems and assumptions…

(They taught me all I knew);

Their names are What and Why and When

And How and Where and Who.

Write down the problem and your thinking. Put the problem at the top of the page and write down your thoughts on the topic: What and Why and When and How and Where and Who. When you’ve filled as much of a page as you can, stop, go back and find the assumptions: what are you taking for granted?

An assumption is anything you don’t have actual proof for, an interpretation you’ve made of someone else’s motivations, or something implied by something you wrote. For example, Mr Kobayashi questioned the assumption of ‘How’ the hotdog should be eaten.

Write your assumptions on a separate piece of paper and then examine them to see where they might lead. Writing things down forces us to think more deeply about them, it also tends to widen our perspective beyond first conclusions.

Taken together, these three tactics will hopefully help you avoid the painful and messy results of assumption.

The Renaissance of the Polymath: And You Could Be One Too
28th June 2019