Homophily and propinquity are shaping your organisation… whether you like it or not! Happy with that? 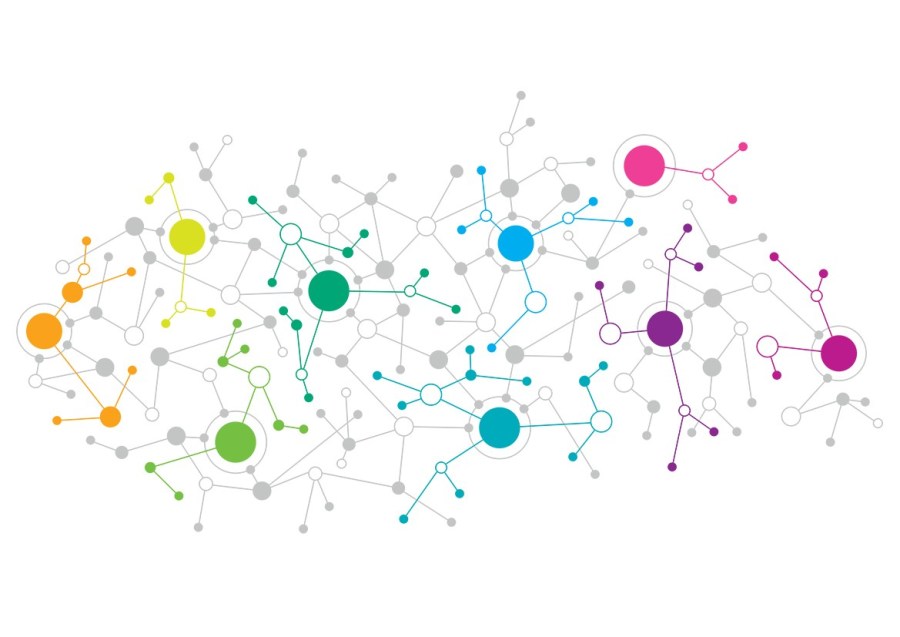 Research indicates that at work more information and knowledge flows through informal social networks than through official organisational hierarchies and structures. This suggests that the formal structure of an organisation, as manifested in its organizational chart or organogram, gives little indication of how most work actually gets done, which further suggests that identifying and understanding these informal social networks would considerably improve organisational efficiency and effectiveness.

Social networks flourish at work as people connect around friendship groups, shared interests and work roles. Large organisations will have dozens if not hundreds of informal social networks: peer groups; communities of practice; sports clubs; or simply groups of like-minded people who go together for coffee. Left to their own devices these networks will develop naturally through homophily and propinquity, but not necessarily in the best interests of the business.

Homophily is the the tendency for birds of a feather flock together, referring to the fact that, consciously or unconsciously, we tend to associate with people like us. Political social echo chambers are a prime example (see my November 2018 article). Propinquity, on the other hand, refers to the tendency for those close by to form a tie, to make a connection with those we are physically closest to (it’s just easier), which in the context of organisations means those we sit with.

While these naturally occurring bonds can contribute to team efficiency, through greater trust and understanding, they can also inhibit communication with other teams, because they become tribal and every other team sucks! For best practice to be shared and innovation to flourish we must also nourish those ties are those that cut across groups: traversing teams, functions and departments. The key is to get a balance between both.

Propinquity was examined in one of the early social network studies, which looked at collaboration between academics in universities. One of the startling conclusions was that they tended to collaborate most closely with those whose offices were thirty feet from their own! Perhaps confirming the old adage that universities are institutions connected by a shared central heating system!

I was able to confirm it myself a few years ago, when I was studying social interaction within an academic team. By chance they sat on two separate tables in an open plan office, and social network analysis confirmed that they were more likely to communicate with, seek advice from and trust, those who sat on the same table, despite the two tables being only a few dozen feet apart.

But universities are not alone in this. The spaces created for connection in Silicon Valley headquarters by the likes of Google and Facebook, and in the Crick Institute in London, are a response to exactly the same phenomena and are designed to force people from different parts of the organisation to collide and interact. And the reasons for doing so are not hard to find.

The benefits of greater social diversity

As the BBC article I posted earlier this month on LinkedIn, Crossing Divides: The friends who are good for your brain, points out, opening ourselves up to greater social diversity, mixing with, or listening to, people who are not “just like us”, is a simple but powerful way to force us out of habitual patterns of thought and stimulate creativity and innovation. And the more we do it the better we get at looking beyond the obvious, which is the hallmark of creative thinking. But this is not simply about innovation and creativity, as desirable as they undoubtedly are, it’s also about efficiency and effectiveness.

Working in an automotive manufacturing plant I used Social Network Analysis to examine the flow of work between the engineering, production, quality and supply teams. This identified key gaps in connection with regard to day to day communication, the sharing of advice, knowledge and expertise, and a lack of trust. Not trust in the sense of being unreliable or deceitful, but trust in the sense of being open with colleagues. The sort of trust and understanding among colleagues that reduces transactional costs, such as people double checking one another’s work.

The key action, the MD and his senior team decided, was to change the physical layout of the offices. Breaking down the partitions between separate functional offices and creating instead an open plan office, the layout of which mirrored the matrix structure of how the teams were meant to work, with functional teams in the horizontal rows and value streams of mixed teams in the vertical. The effects were quickly felt, with gains in both productivity and problem solving.

But nor is it just about breaking things up and creating places for teams and individuals to connect. Social Network Analysis also helps uncover the existing strengths in your informal networks, by identifying who among your staff has social capital. Essentially, social capital is an attribute of a person’s centrality to their networks and therefore their degree of influence within them. And influence is not always proportional to formal or positional authority.

There are two fundamental aspects of social networks: connection and contagion. Connection refers to a networks shape or structure, its topology – the arrangement of nodes and the ties or connections between them. Contagion, on the other hand, refers to the networks function or physiology, what, if anything, flows through and across the connections.

Being more central makes you more susceptible to whatever is flowing in the network, whether it be gossip, a new behaviour or germs. Network position is key. To increase the adoption of a particular behaviour in a network it is necessary to identify the hubs in the social network, those individuals who are central to the network and therefore have social capital, and target them. Modelling these social relationships, using Social Network Analysis, is like creating an index of social power.

Malcolm Gladwell offered a useful typology in this regard, referring in his book Tipping Point, to: Connectors, who are gregarious, intensely social, know the right people and therefore spread the message; Mavens, from the Yiddish meaning one who accumulates, who know lots of important stuff; and Salespeople who have the skills to persuade us when we are unconvinced of what we are hearing. They are energetic, enthusiastic, charming and likeable. Sometimes, one person exhibits two or three of these traits.

In short, Mavens are data banks who provide the message, connectors are the socially contagious who spread it, and salespeople are the ones that persuade us to believe it. Again, Social Network Analysis, using three simple questions around communication, advice and trust, allows us to create 2D visualisations that illuminate these social catalysts and uncover the hidden social capital that exists in all organisations.

As Alex Pentland, Professor at MIT and serial entrepreneur, observed in his book Social Physics: How Good Ideas Spread – The Lessons from a New Science:

The challenge then is first to understand the informal social networks in your team or organisation. Then to identify the connectors, mavens and salespeople. And finally, to design and manage formal structures that harness the value of these informal groups and key individuals in order to better achieve collective goals.