To team, or not to team, that is the question… 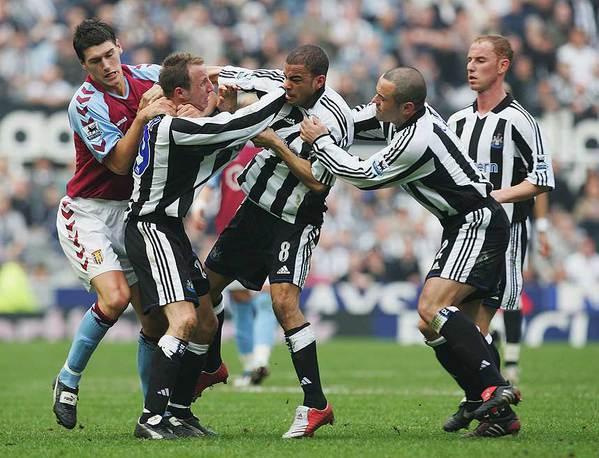 We are social animals. We have hunted and gathered in teams for most of our history. Beside the benefits of sharing the burden of survival and gaining insight, learning and knowledge, we also seek out teams for affection, affiliation, acknowledgement and personal self-worth. Even today, banishment or shunning is an important form of punishment in most social groups and organisations.

In the early 20th century mass manufacturing and bureaucracy briefly removed the necessity for teams, when scientific management tried to improve productivity by assigning specific tasks to individuals. But teams reappeared after the Second World War, epitomised by the efforts of William Edwards Deming in Japan, and have since become the basic building blocks of organisations. A shift that has been culturally reinforced, in the western world at least, through the encouragement of group work in schools and our love of team sports.

However, managers need to ask themselves whether teams are always the right answer, because building an efficient and effective team requires time and effort, and if done badly can lead to confusion, waste, delay and poor decision-making. Nor do teams and team working suit everyone. Introverts, who it is estimated make up 40% of the workforce, may loathe them. And while teams work best if their members have a strong common culture, this can easily degenerate into a ‘them and us’ mentality and groupthink, where teams become close minded, overestimate their capabilities, and suffer from pressures toward conformity.

I am not suggesting that we avoid teams, far from it, they allow us to achieve what cannot be done alone. But I am suggesting we pause for thought. Teams do not happen simply by being given the title. They are complex arenas of behaviour that need to be carefully nurtured if they are to achieve more than the sum of their parts.

So how do you know if a team is the right answer? Well start by asking yourself the following key question:

If the answer is still yes, I need a team, then the next step is to measure yourself against some sort of standard.

In their seminal work, The Wisdom of Teams, Katzenbach and Smith describe a real team as a small number of people with complementary skills who are committed to a common purpose, performance goals, and approach for which they hold themselves mutually accountable. And a high performing team as a group that meets all the conditions of a real team, and has members who are also deeply committed to one another’s personal growth and success. Let’s look at each attribute in turn

Small number. Jeff Bezos, Amazon’s boss, reputedly said that “If I see more than two pizzas for lunch, the team is too big.” More prosaically, Katzenbach and Smith identify teams as between 2 and 25 people, with the majority being less than 10. Larger groups will struggle to find the time and space to meet. They are also more likely to fall prey to groupthink and herd behaviours. And, if the going gets tough, will find it easier to revert to formal hierarchy, structure, policies and procedures.

Complementary skills. This refers not only to technical or functional expertise, but also to problem solving, decision-making skills and interpersonal skills, all of which allow the team to perform and function together. The key watch out is forming teams on the basis of personal compatibility, rather than skills. To be immunised against ‘groupthink’, teams need to contain ‘deviants’, those who are willing to ruffle feathers. Teams need productive conflict between different personalities and approaches. They need some grit in the oyster. A group where everyone gets on enjoys themselves is a party not a team.

Common purpose and performance goals. Teams develop direction, momentum, and commitment by working toward a shared purpose. Fundamentally, purpose gives teams a shared identity, keeping conflict constructive by providing a meaningful common standard against which to resolve clashes. Goals are an integral part of the purpose, transforming broad directives into specific and measureable objectives. They define the team’s work product, differentiating it from individual job objectives, but identifying how individuals can best contribute.

Committed to a common approach. This describes how teams will work together to accomplish their purpose: who will do particular jobs; how objectives will be set and adhered to; how the group will make and modify decisions; and when and how often they will meet. In addition there are social roles to be encouraged such as listening, challenging, supporting and integrating.

Mutual Accountability. This underpins commitment and trust, which is vital for any high performing team. By promising to hold ourselves accountable to the team’s goals we earn the right to express our views about all aspects of the team’s effort and have our views receive a fair and constructive hearing.

Still interested in forming a team? Then you need to get the basics right from the start.

Tuckman’s familiar team development model is useful here, describing the process in four stages: forming, storming, norming and performing. In the forming stage, be prepared for little work to get done and for team members to be overly polite with one another. At this stage team members will seek guidance from you on the team’s purpose, aims and objectives; the contribution expected from each of them; and the ground rules. This period is about helping people to understand why they are forming as a team, what will be expected of them and how they will work together. Expect to deal with the following typical questions:

• Why were we formed or why are we now being asked to be a team?
• What are we supposed to accomplish as a team?
• Whose idea was the formation of this team?
• Why was I asked to participate on this team?

They are also likely to want to know who the other members of the team are. What their roles and responsibilities will be? How are they going to find out each other’s capabilities and characteristics? And how they will be expected to work together as a team? They may ask the following questions:

• How will we arrive at decisions?
• How will we resolve disagreements?
• How will we increase our ability to take risks and maximise our creativity?
• Where, when and how will we meet (whole team, smaller groups, one-to-one)?
• How are we going to make ourselves accessible to each other?

As these questions are explored and debated be prepared to deal with challenges to your authority and inter-team squabbles. This is the storming stage and your role is to explain the boundaries, offer suggestions, arbitrate and ultimately make decisions, while keeping a lid on anarchy. It will be up to you to direct the traffic, in order to identify and establish goals, roles and relationships, lines of communication, likely barriers, and support mechanisms. Norming is when team roles become accepted, team feeling develops, and information is freely shared. And your ultimate goal is performing, when optimal levels of productivity are achieved.

But it’s not over yet. The challenge now is how does the team continue to be successful and not get into a rut? The answer is continuous improvement. Teams need to maintain clarity on purpose and performance; accountabilities and responsibilities; barriers and strategies to get around them; interpersonal issues; modifications to the problem solving and decision making; and intra/inter team communication, to name but a few. The bottom line is that the conversation around the team’s why, what and how is necessarily ongoing, reacting to and evolving with the team member’s environment, just as our species has always done.

Still want to form a team?