Don’t Get Too Comfortable. It’s Not Good For You! 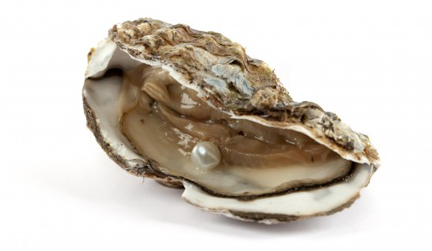 As our website makes clear, we are guided by an understanding that we live in a hyper connected world and that neural networks are like social networks. While brain activity is made possible through connecting neurons (brain cells), social activity is made possible through connecting individuals. Both are stimulated by new ideas and perspectives, which in turn generate further ideas and perspectives. That’s how innovation happens.

Without new connections neural and social networks are in danger of withering and weakening or, paradoxically, strengthening to the point where they become rigid and unyielding. In a neural network we would describe this as habit formation, where a pattern of behaviour has become fixed, and in a social network as a social echo chamber, where the same ideas and attitudes are shared, regurgitated and thereby mutually reinforced. With no one to challenge our beliefs and assumptions the world comes to resemble the comfort and familiarity of our Facebook page. That’s not how innovation happens!

Habits and social echo chambers leave out indispensable features of innovation and creativity: flaws, failures, and frustrations. Without some grit in the oyster pearls will not grow. In ‘Black Box Thinking’, Matthew Syed describes an experiment that illustrates the point.

Charlan Nemeth, a psychologist at the University of California, Berkeley, and her colleagues, took 265 female undergraduates and randomly divided them into five-person teams. Each team was given the same task: to come up with ideas about how to reduce traffic congestion in the San Francisco Bay Area. These five-person teams were then assigned to one of three ways of working.

The first group were given the instruction to brainstorm, a technique that you will no doubt be familiar with. It is one of the most influential creativity techniques and is based on the free flow of ideas. In brainstorming the entire approach is to remove obstacles and minimize challenges. People are warned not to criticize each other, or point out the difficulties in each other’s suggestions.

The second group were given no guidelines at all: they were allowed to come up with ideas in any way they thought best.

But the third group were actively encouraged to point out the flaws in each other’s ideas. Their instructions read: “Most research and advice suggests that the best way to come up with good solutions is to come up with many solutions. Free-wheeling is welcome; don’t be afraid to say anything that comes to mind. However, in addition, most studies suggest that you should debate and even criticize each other’s ideas.”

The results speak for themselves. The groups with the dissent and criticize guidelines generated 25% more ideas than those who were simply brainstorming, or who had no instructions. Just as striking, when individuals were later asked to come up with more solutions for the traffic problem, those with the dissent guidelines generated twice as many new ideas as those who had been asked to brainstorm.

Further studies have shown that those who dissent rather than just brainstorm produce not just more ideas, but more productive and imaginative ideas. As Nemeth put it: “The basic finding is that the encouragement of debate, and even criticism if warranted, appears to stimulate more creative ideas. And cultures that permit and even encourage such expression of differing viewpoints may stimulate the most innovation.”

As Syed points out, the reason is not difficult to identify. The problem with brainstorming is not its insistence on free-wheeling or quick association. Rather, it is that when these ideas are not checked by feedback or criticism, they have nothing to respond to, like our habits and social echo chambers they exist in a vacuum: unexamined and unchallenged. “The value of criticism is that it surfaces problems. It brings difficulties to light and forces us to think afresh. When our assumptions are violated we are nudged into a new relationship with reality.”

Flaws, failures and frustrations are the grit in the oyster, helping us see our habits and social echo chambers for what they are: rigid, restrictive and potentially just plain wrong. New ideas and perspectives will only present themselves if we seek out and develop new neural and social connections that challenge our comfortable and habitual assumptions.