Leadership is about Grip: Have you got it? 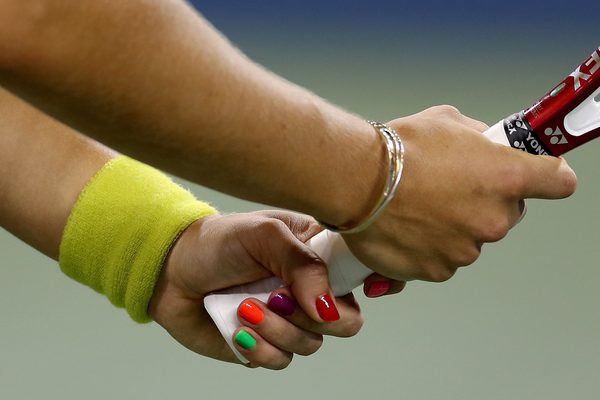 If management is the science of getting the right people, with the right things, in the right place, at the right time, in order to achieve the right effect, then leadership is the art of achieving more than the science of management says is possible. That is, when there aren’t enough people, money is tight and there just isn’t enough time; and that requires ‘Grip’. Leaders need to grip themselves, grip their team, and grip the situation, which means a mix of mental and physical toughness, emotional intelligence, integrity, competence, and the humility to learn, unlearn and relearn. People with these attributes get things done when common sense says it’s not possible.

Mental and physical toughness, or resilience in current management speak, provides the inner conviction of a leader, which in turn gets authority and respect. A resilient leader learns from setbacks and isn’t crushed by them. When faced with a tough decision they sit or stand, they don’t wobble. They know the difference between collaboration and consultation. In the first, the team talks and the team decides. In the second the team talks, but the leader decides, because they have the courage to do so. The moral courage to challenge the organisation, their team and convention. Nobody can be a leader without courage, because by definition leaders break away from the crowd and take people with them, moving from what is known and expected into the new and unknown.

They do this by helping people to make sense of things. Human beings have a need to make sense of things and a desire to give meaning to what they do, particularly in times of crisis and uncertainty. This has never been lost on populist politicians. Recent research suggests that confident, straight talking leaders with clear, simple messages (however economical with the truth), become more popular in turbulent times, because they help people to make sense of what is happening, what has happened and what will happen. Showing where, how and why we fit into the big picture. As Napoleon observed, a leader should ‘define reality and give hope.’

But true leadership is about more than offering simplistic messages and manipulating people with spurious reasons and remedies. True leaders have character, they are genuine, honest and straight with people. They don’t fake it. Ultimately, they are devoted to the cause. Their work is a vocation, expertise combined with feeling, and true leadership relies on it. Great leaders choose a profession that is congruent with their values, a vocation for which they have a deep inner commitment and belief. And if they don’t believe, they have the courage to change.

Leaders are consistent, in both mood and in their sense of direction, they maintain the aim and appear confident and calm in a crisis. They keep their head and their grip. But they are agreeable too, their mood does not change like the weather. They are self-aware enough to recognise their own emotional state and what drives them, and at the same time the impact this can have on others. They are able to control their emotions and impulses, adapting consistently to changing circumstances, while remaining passionate, enthusiastic and motivated. They make decisions, but they also understand other people’s feelings when making those decisions and in truth they influence more than they dictate. They are socially adept, managing networks and relationships, and making an honest and compelling case for movement and change.

A leader’s competence comes from their technical mastery as well as their people mastery. They are able to deal with complexity. They manage, plan, control and provide structure. They are intelligent, able to think critically but also able to think on their feet and process on the fly. They are creative, able to capitalise on opportunities through innovation, improvisation and, if necessary, invention. They think strategically. They understand the bigger picture and are able to anticipate, connect the dots and align stakeholders. Fundamentally, they are flexible, adaptable and responsive to changing tasks, situations, teams and individuals. But perhaps, greatest of all their gifts is that of humility. Leaders with grip are humble, prepared to admit their mistakes and always prepared to learn. Have you got it?